Directed Energy Weapons: “A DEW is a system using a beam of concentrated electromagnetic energy (including but not limited to lasers and high power microwave systems), or atomic or subatomic particles primarily as a direct mean to kill, injure, disable, or temporarily incapacitate people or distroy, damage or temporarily incapacitate property or material.” . This includes acoustic or sound based weapons" [1] (see 2nd document below).

Are Directed Energy Weapons being used on people during non-war/non-conflict times? If so this would be considered a “war crime” under the 4th Geneva Convention.

“The Geneva Conventions and their Additional Protocols, are international treaties that contain the most important rules limiting the barbarity of war." They protect people who do not take part in the fighting (civilians, medics, aid workers) and those who can no longer fight (wounded, sick and shipwrecked troops, prisoners of war).“ [2]

Some symptoms of DEW attacks include “..a varying set of complaints that includes ear popping, vertigo, pounding headaches and nausea, sometimes accompanied by an unidentified "piercing directional noise." “ [3] 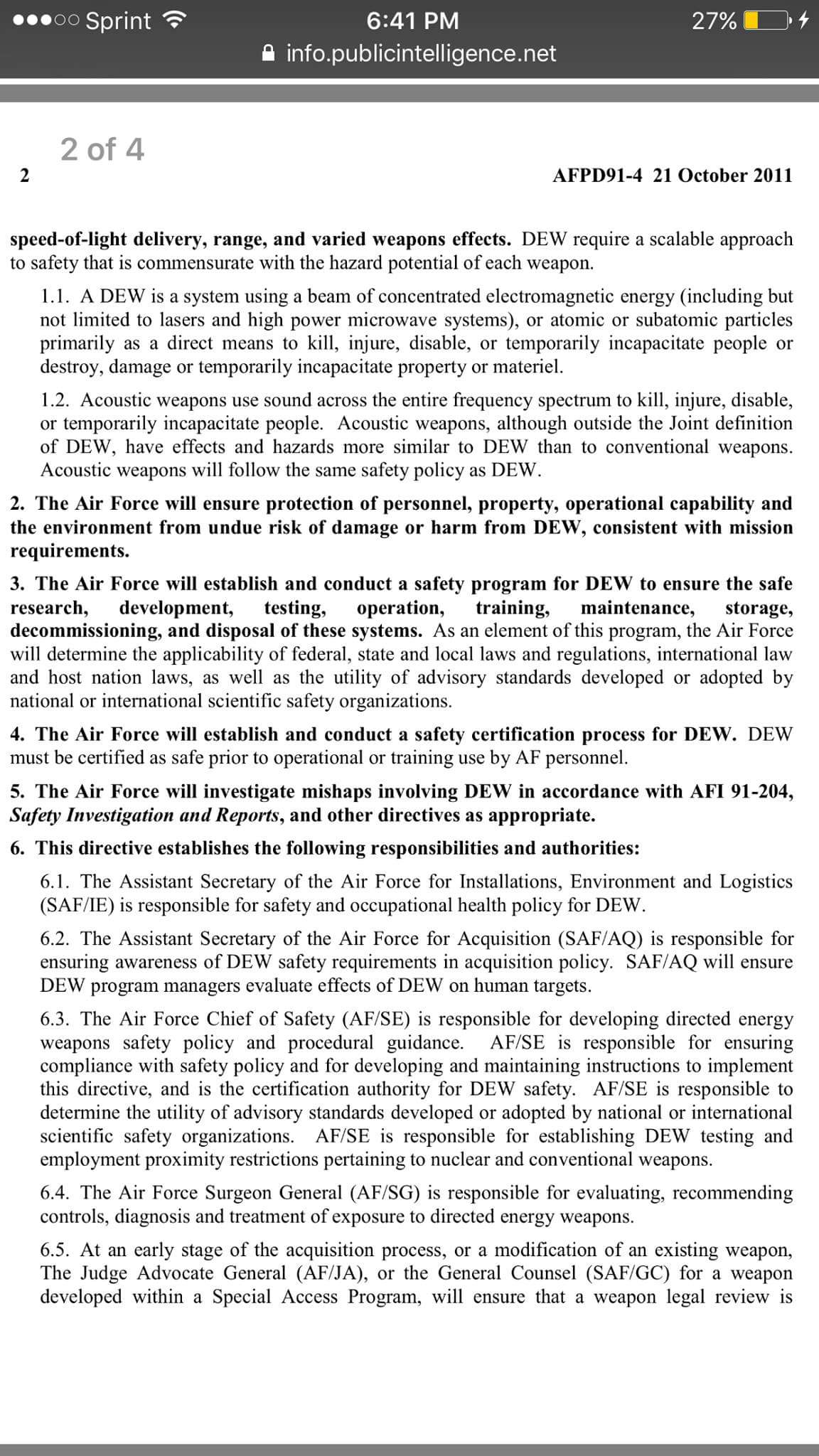