The Simpsons - The Right Pretty Speech Of Solicitor Lionel Hutz

The Simpsons - Homer At The All Yo Can Eat Buffet

The Simpsons Homer Became A Mafia

The Simpsons Compilation The Best Of The Best

Back in November The Military Times published a Ukrainian intelligence claim, which was picked up and repeated by numerous other mainstream publications, alleging that Russia was going to invade Ukraine by the end of January.

Now here in early February, the Murdoch press has put out a spin piece of a sort we're likely to see more of in coming days claiming that Russia has not invaded because the US and its allies have "ruined" Moscow's plans by telling everyone the invasion is coming. In an article titled "Ukraine-Russia tensions: Moscow's plans 'ruined' after US and Britain call out possible invasion", Ukraine's defense minister Hanna Maliar tells Sky News that Putin has not yet invaded because his murderous plot was thwarted by a plucky band of imperial states who would not be prevented from speaking their truth.

NEW: Revelations by the UK & US about the threat of a new Russian invasion of Ukraine are "ruining" Moscow's plans,

forces & forge an excuse to invadehttps://t.co/0jWQJRVbJF

"It's important to understand that when we or our western partners name the date of the possible invasion, we are ruining their plans," Maliar told Sky News. "And the dates that were already told in public - it's ruined plans, nothing will happen in these days. But the danger still exists."

In the same piece Ukraine's information minister Oleksandr Tkachenko was asked if he believed Russia would already have invaded if not for all the western talk of an imminent attack, to which he replied, "As a typical robber, if he does not see defence or at least does not see talking, he will act."

At no time in the article is any consideration given to the possibility of a far simpler explanation for the missing Russian invasion: that Russia never intended to invade. That possibility is just skimmed right over in favor of the seemingly far less likely scenario that the Russian government thought it could orchestrate a massive invasion without anybody saying anything about it and was forced to abandon its plans in disappointment when that nonsensical gamble failed to pay off.

And now we've already got western media publishing other Ukrainian military claims that the real invasion will be coming on February 20th.

"February 20 is noted as a potential start date for the invasion: that is when the Winter Olympics ends in Beijing, and President Putin, 69, eager to woo the Chinese, may not wish to tarnish the event," The Times wrote in late January.

As February 20th comes and goes without an invasion and predictions of false flag operations and Kremlin-backed coups fail to pan out, we will likely be seeing more such spin jobs from the western media claiming that those things did not happen because of measures that were taken by the US and its allies to prevent it. It may be used to score political points by claiming Biden "prevented" a Ukraine invasion with his willingness to stand up to Putin by pouring weapons into Ukraine and sending troops to Eastern Europe.

These claims will be built entirely on specious reasoning. 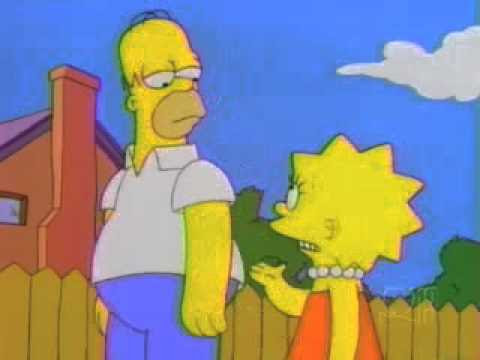 The fallacious nature of the narrative that western powers are thwarting diabolical plots from the Kremlin with their cold war aggressions is best illustrated in this short clip from The Simpsons  in which Homer believes that bears are being kept out of a generally bear-free neighborhood by the newly invented "bear patrol".

The Simpsons - The Bear Patrol Part 1

"Ah, not a bear in sight! The Bear Patrol must be working like a charm," says Homer.

"That’s specious reasoning, Dad," Lisa replies, picking up a stone from the ground. "By your logic I could claim that this rock keeps tigers away."

"Oh, how does it work?" asks her father.

At which point Homer offers to buy Lisa's rock from her, because he's a fuckin' idiot.

The logical fallacy that has afflicted both Homer Simpson and those who claim the US power alliance is preventing a Russian invasion of Ukraine is known as cum hoc ergo propter hoc ("with this, therefore because of this"), which is the fallacy that correlation implies causation. It's when someone puts forward the claim that because two things happened concurrently (or failed to happen as in the examples we're looking at here), one must have caused the other. Homer's bear patrol kept the bears away. Lisa's anti-tiger rock kept the tigers away. The west's shrieking about an imminent Russian invasion kept the Russian invaders away.

Alternatively, it's possible that there were no bears or tigers threatening the streets of Springfield, and that there was no Russian invasion threatening Ukraine. That this was all a narrative used to ramp up cold war escalations, move some expensive military inventory, manufacture the global consensus that Putin is a Hitler-like menace who must be aggressively checked at all times by all nations, or potentially heaven forbid to lay the groundwork for aggressions from US/Ukraine/NATO powers.

However this thing unfolds, it's a safe bet that the rhetoric won't be getting any more logically sound any time soon. So keep that Simpson's clip handy.

The Simpsons - The Bear Patrol Part 2

Propaganda isn't just about manufacturing consent for wars and ridiculous governmental measures we'd never normally accept. That's what most people think of when they hear that word, but there's so very, very much more to it than that.

The lion's share of propaganda goes not toward convincing us to accept new agendas of the powerful, but toward keeping us entranced in the status quo dream world which enables the powerful to have power in the first place. Toward normalizing status quo systems and training us to shape ourselves to fit into them like neat little cogs in a well-oiled machine.

And it's not even a grand, monolithic conspiracy in most cases. The giant corporations who indoctrinate us with their advertisements, their Hollywood movies and shows, their apps, their websites and their news media are all naturally incentivized to point us further and further into delusion by the fact that they benefit from the status quo systems which have elevated them to wealth.

So day in and day out we are presented with media which train us what to value, where to place our interest and attention, what success looks like, and how a normal human behaves on this planet. And it always aligns perfectly with the interests of the rich and powerful.

They don't just teach us what to believe. They teach us who we are. They give us the frameworks upon which we cast our ambitions and evaluate our success, and we build psychological identities out of those constructs. I am a businessman. I am unemployed. My life is about making money. My life is about disappointing people. I am a success. I am a failure. They invent the test of our adequacy, and they invent the system by which we are graded.

And it's all a lie. A dream world, made entirely of narrative, constructed by the powerful for the benefit of the powerful. Things as intimate as the thoughts in our heads and the movement of our interest and attention are controlled and dominated with iron-fisted force, all for the benefit of some stupid made-up games about imaginary money and fictional authority.

So most of us sleepwalk through life chasing make believe goals and fleeing artificially constructed demons. Too preoccupied with the illusion to look up and notice the thunderous majesty of life as it really is, and usually too confused to truly perceive it even on those rare occasions when we snap out of the trance for a moment to make an effort.

The difference between what we've been told and what we find over the course of this investigation is the difference between dream and waking life. The real world is as different from the status quo narrative about the world as it is from any other work of fiction. The two things really could not be any more different.

And that's what humanity looks like on the other side of this awkward transition phase that our species is going through at this adolescent point in its development. Free from illusion. In harmony with the real. Enslaved to nobody. Striding clear-eyed into the mystery of what's to come

Listen to a reading of this article: