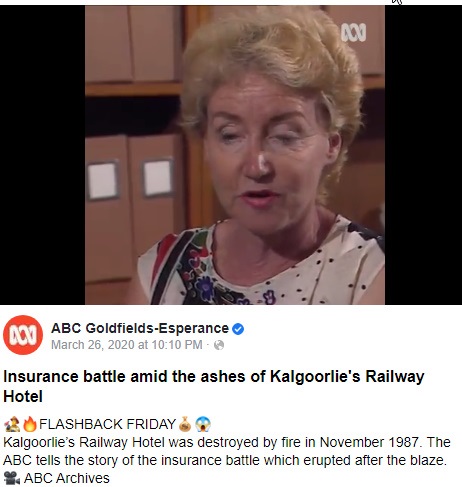 Nancy Hal explaing to the ABC Reporter in 1987 that the FAI Insurance Company are playing games to do everything possible to stop the fixing of her Railway Hotel in Kalgoorlie, Western Australia 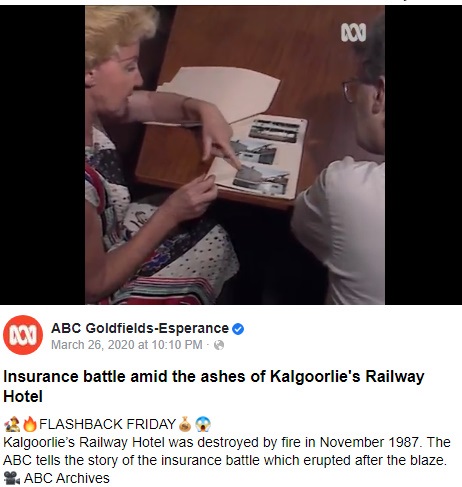 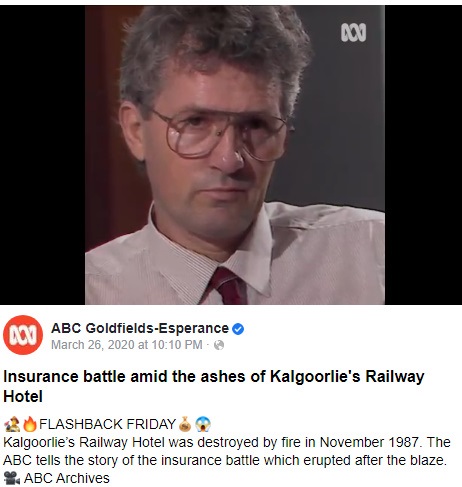 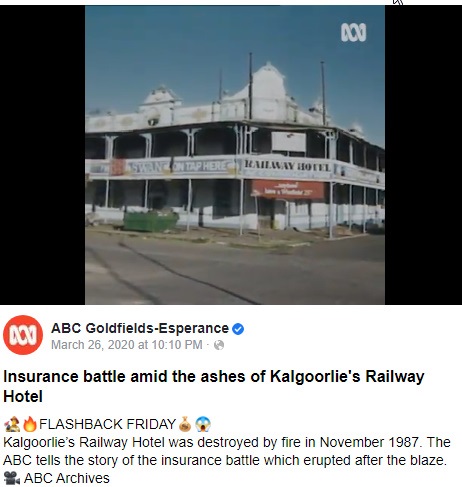 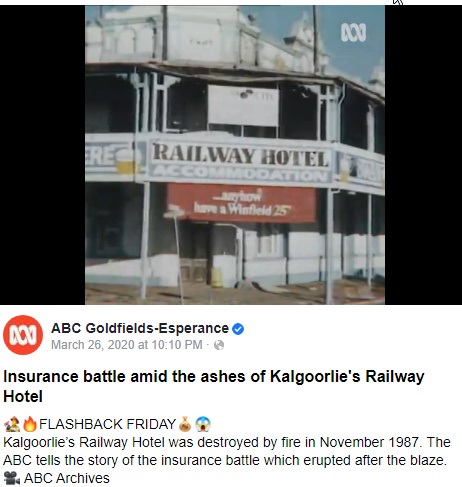 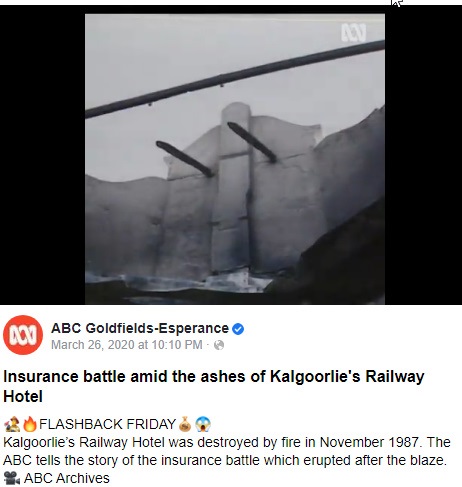 Nancy Hall's Railway Hotel Kalgoorlie Western Australia was burned down in 1987 by corrupt police and property developers, so they could obtain the land as a prime development site.
The railway hotel in Kalgoorlie was a very old historic hotel on in a prime corner of the City of Kalgoorlie, Western Australia 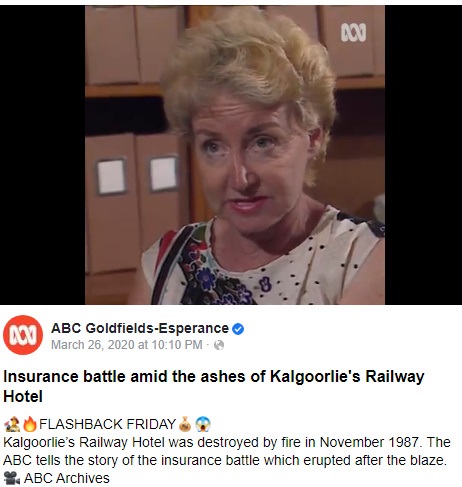 Nancy Hall's enemies made sure that Nancy Hall's  FAI insurance policy was not paid out as promised by FIA
and Nancy tried to sue to sort it out and bring the whole truth to light.
In the end, Nancy Hall was bashed in Collie where she was trying to open another old hotel, and expose the truth. 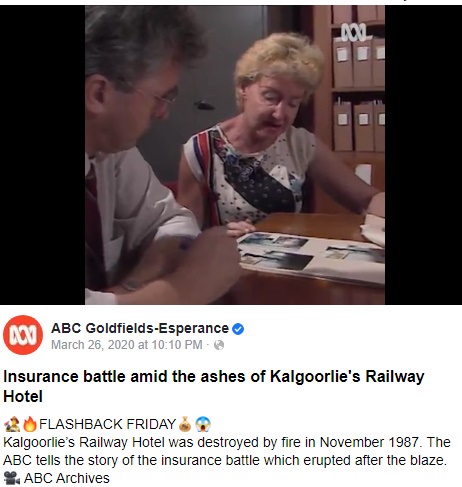